Do you have just a quantum of ecological consciousness? And do you live near Karlsruhe or Munich?

If this is the case, then a new life starts for you as an exemplary consumer because a well-known drugstore chain is starting the “pilot project of returning the packaging”.

But even if you don’t live close to one of the 150 participating branches (of around 3700 nationwide), you don’t have to despair. With the help of an online search function, the new service can be found in a few seconds. Only the connection to the public transport ticket service will be far behind, but that definitely is only a matter of time.

Once you have reached the branch in question, you can contribute to environmental protection in the simplest way possible – almost in passing. The empty plastic bottle is thrown in an organic movement at the checkout area into a recycling box that has been optimized for this purpose. Of course, only (!) bottles that can be bought in the drugstore chain’s own store or online shop can be recycled in this way. But that hardly matters because the homepage in return promises to have solved one of the real basic problems of waste separation: “with or without a lid, it doesn’t matter”.

Being a layperson there is no possibility to judge whether a shampoo bottle from another manufacturer could not seriously interfere with the recycling process of the private label plastic?

With this in mind, all producers of plastic packaging are called upon to follow this example as soon as possible and to set up their own collection points for their products. With that the idea of ​​brand loyalty would have been thought through.

Follow-up ideas will not be long in coming. In the next season of the TV format “Die Höhle der Löwen” we might encounter the handy container with twelve compartments for the trunk to separate the waste according to the drop-off location. The unreserved enthusiasm of the public can also be safely assumed.

Being experienced with the introduction of the returnable bottle system, we know how great the emotional participation of the population can be when it comes to corresponding measures.

However, behind this seemingly strange idea of ​​a large drugstore chain, there are fundamental problems of the German plastics and packaging industry. According to the Packaging Act 2022, the recycling rate for plastic packaging should be 63%.

The possibilities for reuse are primarily dependent on the quality and price of the recycling material. So it is obvious to collect your own packaging material after use in order to use it as efficiently as possible. In doing so, the company management seems to have lost sight of the practicability for the consumer.

There should be consensus that the waste separation has shown that even environmentally conscious citizens can be overwhelmed by much too complicated and time-consuming solutions, which ultimately leads to a decline in commitment.

Only through innovations and their implementation can changes be initiated that benefit both manufacturers and consumers. It has always been hinted at the great success of using up to 50% of the plastic collected in the yellow bag for the production of the recycling material.

It is not the care which is taken by the individual household when separating waste, but only the interaction of politics, research and business that can lead us out of the impasse into which the consumption of resources in modern times has led us.

So there is no unrealistic trust in the individual consumer that attracts the public, but investments in less marketing-friendly topics such as material research, intelligent product design or technologies for sorting waste! 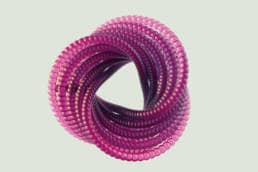 The opening of China to the world economy led to the establishment of the Chinese Patent Office in 1980. 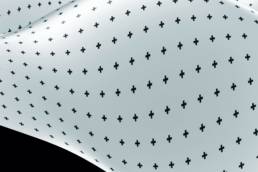 There are more than 60,000 patent applications in Germany alone every year. You involuntarily ask yourself how it is possible to maintain an overview.